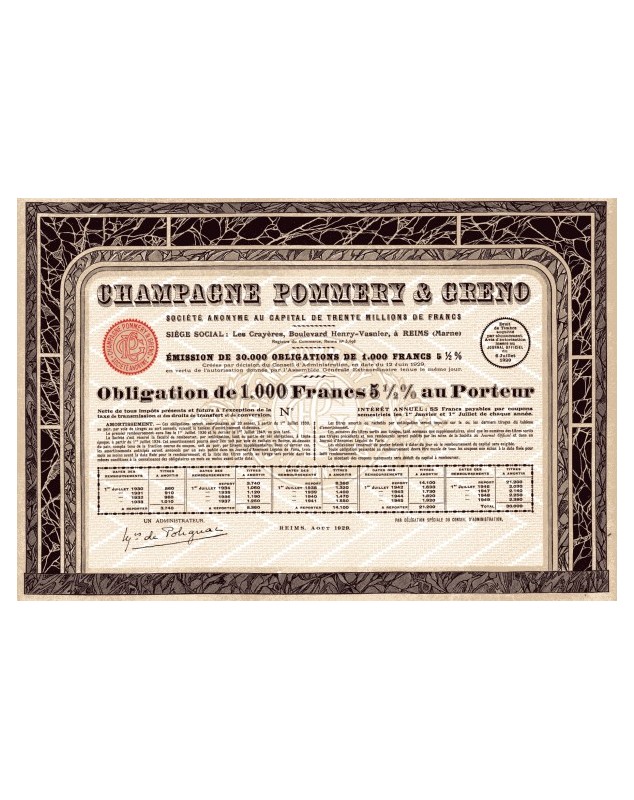 The origin of the company dates back to 1836 in Reims, initially under the name of Dubois-Gossart.

In 1856, Alexandre Louis Pommery (1811-1858), a wool merchant in the region, changed his activity to get into champagne with Greno. Together they founded the company Pommery & Greno.

The Pommery widow will then take control of the company, assisted by Narcisse Greno until 1860. She will make the house Pommery one of the greatest brands of champagne.

The LVMH group acquired the company in 1991.