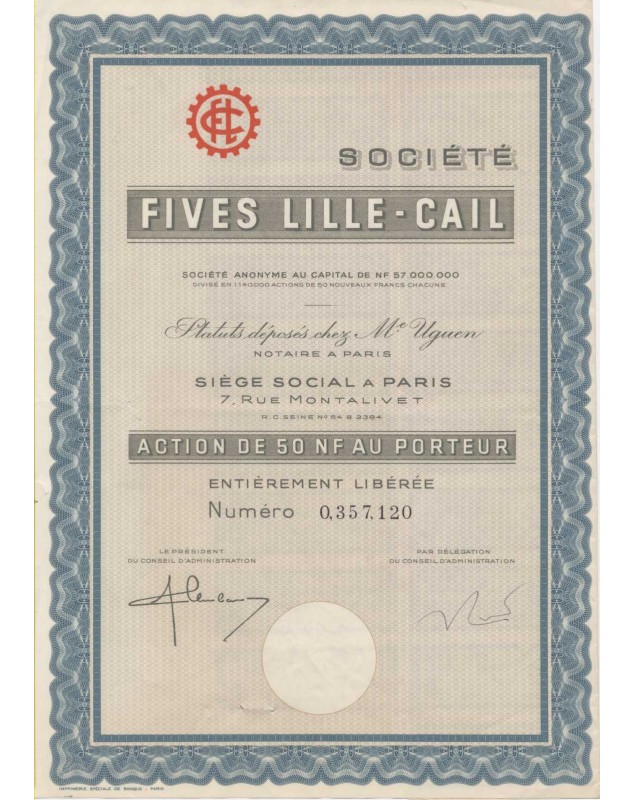 Fives-Lille is the name of a former builder of civil engineering (bridges) and railway rolling stock, in particular steam locomotives. The company joined forces with the Anciens Etablissements Cail to train the mechanical construction workshops of Fives (factories in Fives-Lille and Givors).