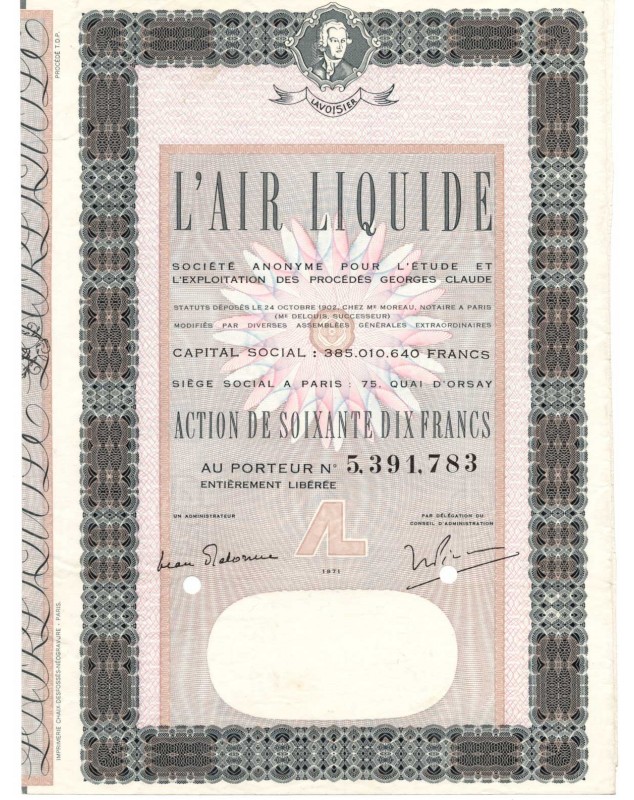 Illustrated with a picture of Lavoisier.

In 1902 Georges Claude, an industrial inventor and practitioner remarkable for the scope and diversity of his work, developed a process for liquefying air in order to separate its components (oxygen, nitrogen, argon).

The project was supported by Paul Delorme who became the first president of the company AIR LIQUIDE, which went public in 1913.

The bond is signed by his son, Jean Delorme, who takes over the company in 1945 after the war.