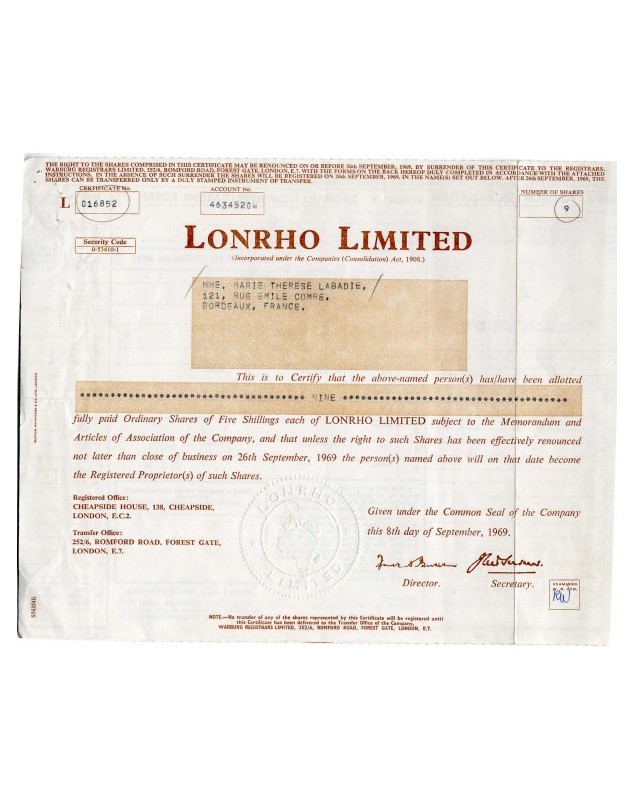 Lonrho is a London-based conglomerate that is engaged in multiple business sectors in Africa mainly agribusiness, infrastructure, transport, hospitality and support services.

Lonrho traces its roots from the original Lonrho plc (now Lonmin) a company which was incorporated in the United Kingdom on 13 May 1909 as the London and Rhodesian Mining and Land Company Limited.

Lonrho plc grew to be one of the world's largest companies with over 800 subsidiary companies in 80 countries.