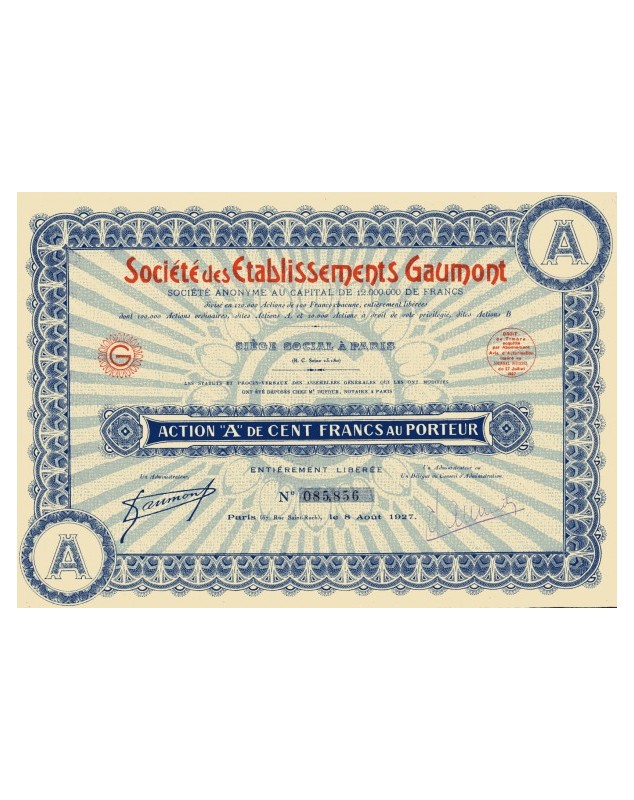 The company was founded in 1895 by Léon Gaumont who bought the Comptoir Général de Photographie from the Richard brothers. It initially manufactures binoculars and projection and shooting devices. The company then diversified into film production.

Gaumont uses the daisy as his company logo (in the background on the title), in homage to his mother's first name. The first cinemas opened from 1911, notably with the Gaumont Palace.

Gaumont and Aubert came together to found the Gaumont-Franco-Film - Aubert (GFFA) company in 1930, which mainly produced comic films. The company will go bankrupt and will be taken over by Havas under the name Société Nouvelle des Etablissements Gaumont, until 1975 when it takes over the name of Gaumont.

In 1969, the Company took over the Société Française des Films et Cinématographes Éclair and took a stake in the newspaper Éclair-Journal, owner of the Eclair films.

Gaumont is still today one of the biggest producer and distributor of films. The cinemas are managed by the company Cinémas Gaumont Pathé.