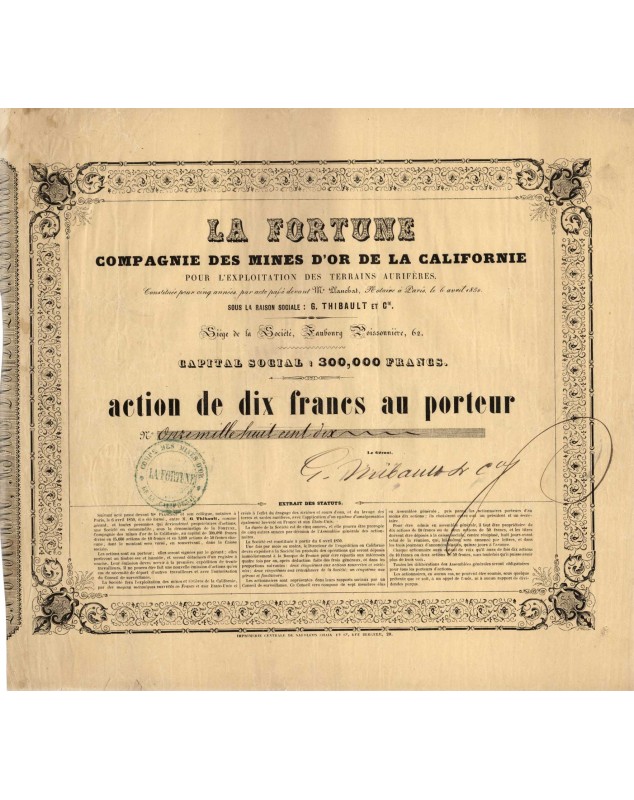 Headquarters of the company 62 Faubourg Poissonnière.

Extract from the statutes on the document.

VF condition: good condition apart from the slightly damaged edges and small stains on the edges.