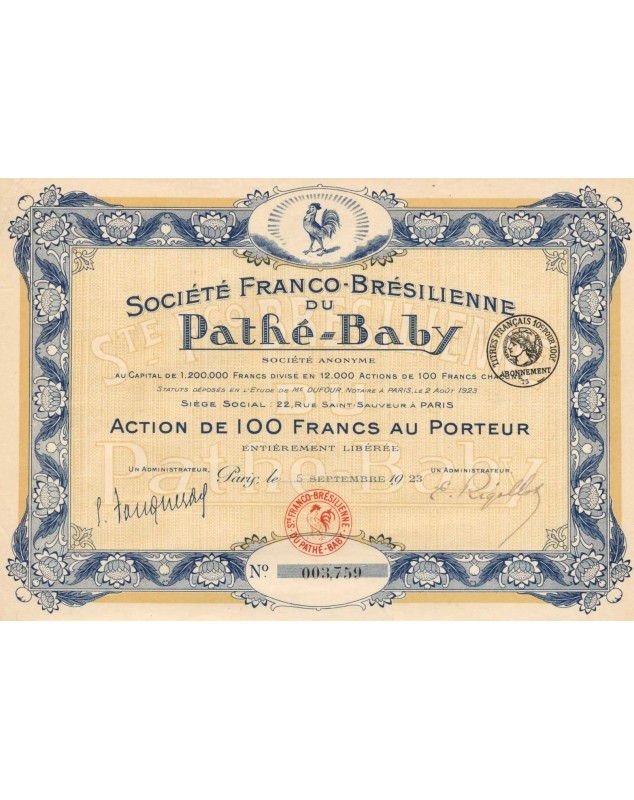 Illustrated with a rooster, emblem of the Pathé brand.

Pathé-Baby was the name given by Charles Pathé to a general public amateur cinema system launched in 1922 and using a 9.5 mm wide film with central perforations, the smaller format existing at the time. The internal mechanism was produced by the Continsouza company.