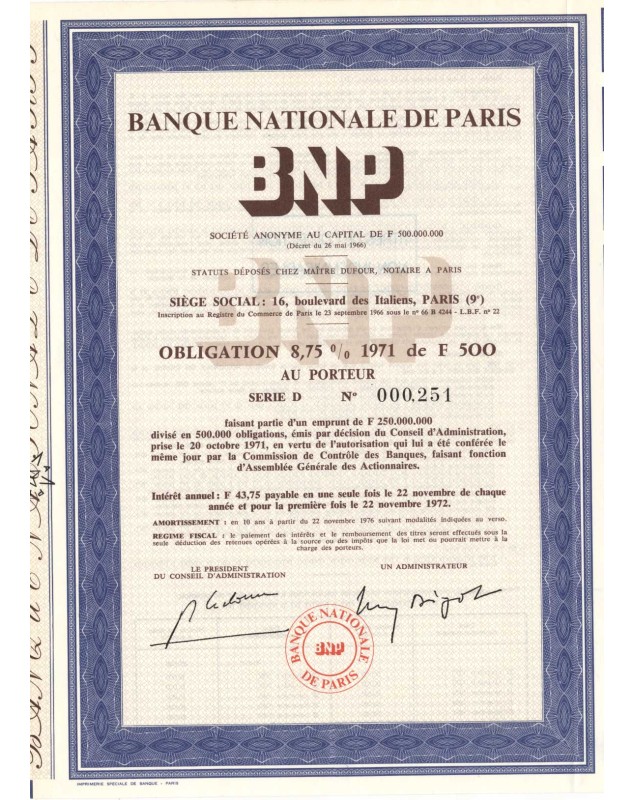 BNP was born from the merger between the Banque Nationale pour le Commerce et l'Industrie (BNCI) and the Comptoir National d'Escompte de Paris (CNEP) in 1966. It merged with Paribas in 2000 following a takeover bid by BNP to form the BNP Paribas Group, becoming the leading French bank and the sixth in the world.

The head office was then located in the headquarters of the BNCI and is still located at 16 boulevard des Italiens in Paris.

With stamp at the reverse: "Titres de collection non indemnisables" (unredeemable, only collectible).