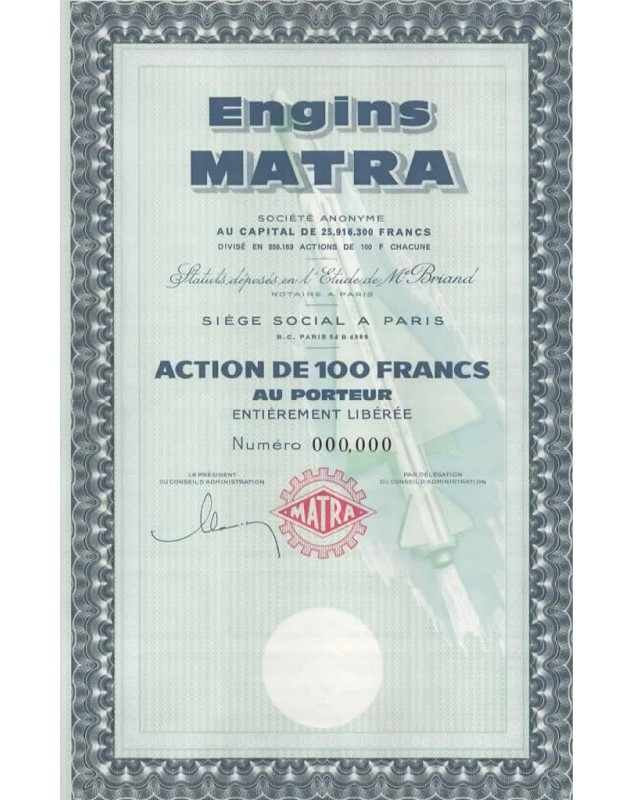 Unissued. With all coupons.

With a rocket design.

MATRA (Mécanique Aviation Traction) is a company founded in 1937 by Marcel Chassagny first under the name CAPRA (Compagnie Anonyme de Production et Réalisation Aéronautique). The name change was made in 1941, to make weapons for the armed forces of occupation.

Historically, it covers a wide range of activities in aeronautics, aerospace, automotive, motorsport, transportation, telecommunications and defense. It has gradually moved towards the press, media, entertainment and sports professions under the leadership of Lagardère SCA, in particular under the name Matra-Hachette.