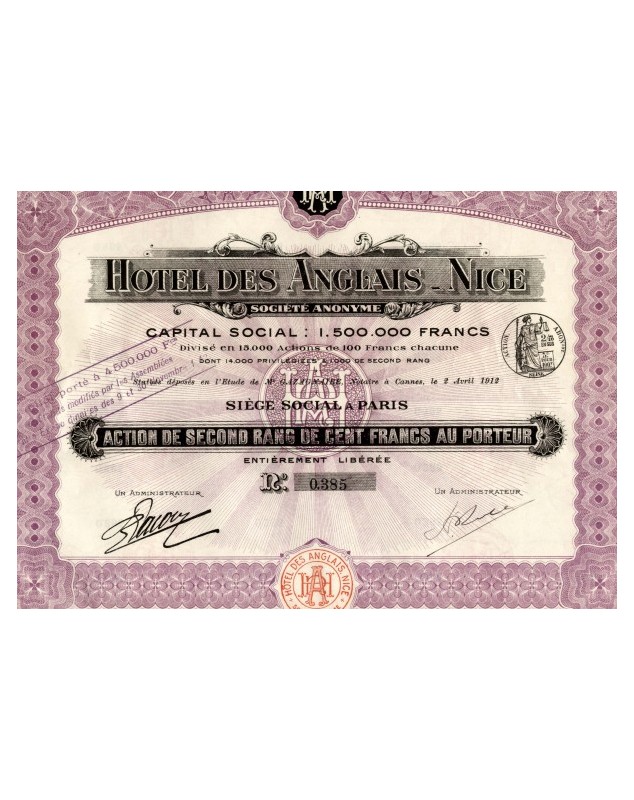 The Hôtel des Anglais, built in 1862 in the colonial style, was a luxury hotel on the Promenade des Anglais in Nice.

Of English origin and naturalized French in 1907, Henry Ruhl moved to Nice, exercising various professions before choosing the hotel business.

In January 1911, the architect Charles Dalmas completed in Cannes the Carlton for Henri Ruhl with his 250 living rooms and bathrooms.

Besides the Carlton in Cannes and the Atlantic hotel in Nice, the architect made in 1913 one of his most beautiful jewels, the Hotel Ruhl, instead of the Hôtel des Anglais which he destroyed in 1909 car colonial architecture does not agree with the place. He replaces it with a hotel in his name.

The Ruhl quickly established itself as the dominant element of the Nice hotel industry.

Due to its proximity to casinos, it dresses the world of players and in particular horse racing circles (there is then a racetrack in Nice).

Ruhl is soon to lead an empire of 78 hotels which he has built or in which he holds shares.

The jewels of this empire are the Carlton, the Majestic and the Provence in Cannes, the Scribe and the Carlton in Paris, the Grand Condé in Chantilly, the Royal in Dinard, the Ruhl in Nice, destroyed and replaced by the Meridian in 1970.